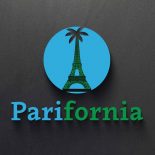 The Perils of E-mail

The last 20 years have seen the meteoric rise of e-mail in the workplace.  It now occupies such a central role in our daily lives that one has to wonder what people filled their time with back in the days of the Fax, Telex or paper mail.  The computer and Internet have profoundly changed the pace and productivity at the workplace but has it all been for the better?  Let us pause for a moment and consider how e-mails have been misused or have negatively impacted the workplace:

These are just a few examples of the types of emails which fill our workplace, render us less effective and needlessly stuff our inboxes.  But the biggest email casualty in all this is the demise of communications between people.  My greatest fear is that e-mails and the virtual world we are working in are making us too removed from each other and driving us to rely far too much on electronic mail.  For example,  it has become too convenient to try to resolve conflicts using emails.  Why don’t we just pick up the phone to sort things out rather than lob e-mail grenades at each other?  I am concerned that we are losing the reflex of directly talking to people either face-to-face or via the phone.  Emails have become an easy and passive way to communicate off-line, cover our rear ends, deal with conflict, contribute to information overload, draw attention to ourselves and ultimately create more work for others.

Let’s be clear, E-mails are an indispensable part of our daily lives and interactions with those around us.  But this powerful electronic means of communication does come at a price and does have significant side-effects.  Isn’t it time we schooled people from a very young age on the pitfalls of emails and on the codes of conduct for communication in an electronic age?

Parifornia is the creation of Andrew Hyncik, an experienced International Marketing executive who's lived and worked for over 20 years in both Europe and North America.